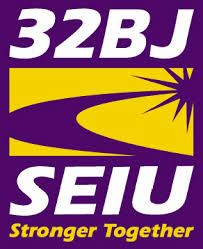 Another scam that I am seeing more and more often in the security Officer industry are the Unions. The One that I had the displeasure of getting in contact with through my job site is SEIU 32BJ. SEIU 32BJ is the largest property service workers union in the United States, representing more than 120,000 members. Its members are office cleaners, security officers, doormen, porters, maintenance workers, bus drivers and aides, window cleaners, school cleaners and food service workers. 32BJ is based in New York City, and operates in 8 states and Washington, D.C. It is affiliated with the Service Employees International Union, a labor union representing over 2 million workers.

They recently started a campaign called “respect security” where they are trying to get security officers to unionize. They use real problems within the industry however, I have never seen a union be able to fix those problems. All they do is get their hands on your paycheck and try to demand more from the worker.

On Friday a Union Rep from 32BJ came to sign me up to the union since the building I work out of it is required that I am in the union to work on that site. So, against my better judgement and everything I fucking stand for and only suck money out of the worker to strengthen there own mafias. So after I signed up she magically produces another form to take out more money out my paycheck. I immediately refused to sign it. I asked what it was for she said that it was to fucking support their political agenda. Basically supporting liberals that will not support my political beliefs. So she said that I can just donate at least a dollar and I asked if it was mandatory that I do this she said no but started implying that I will lose my fucking job if I didn’t do it. She said even though I will be paying 70 bucks a month that since I wont pay more money that I am not supporting the union.

I asked so where does my $70 go? She said pays for lawyers to negotiate contracts with companies, rent and other overhead costs. So basically what a union is supposed to do. But lets face it No union can truly protect you. I can be fired and laid off and there ain’t shit 32BJ can do about it. So I am simply paying to work and throwing my money away $840 plus if i paid the minumum donation of 1 dollar a week thats an extra $52 a year so a  total of $892 a year so they can fly private jets to Washington to scam more money so they can fart through silk while i bust my ass still being disposable. Fuck I can do bad on my own for fucks sake.

So anyways this union cunt decided to try to intimidate me by yelling at me screaming “ITS ONLY A DOLLAR”! Well as many of you know what is the quickest way to piss me off nag me yell at me and threaten me. I go into fight mode and if i can solve it violently I will solve it passive aggressively  And since I am not in jail and reading this blog you know what avenue I chose.

Anyways, as she was raising her voice I walked away cause you know your Brooklyn Puerto Rican assassin was gonna say some shit to break her heart and get fired. so I left to cool off and talk to my supervisor about the sitch. He goes she isn’t supposed to be yelling at you and making threats. After that I just ignored her ass and refused to fork over any more of my EARNINGS. As she left she tried to grip my hand tight like a man i laugh and shook her hand like a lady. she was like no hard feelings we are only trying to protect you. I smiled politely and said whatever nigga I got to get back to work.

Death to the unions and I hope one day New York will become a right to work state so that these union thugs cant bully no one anymore.